And the sun shone down on us! The National Young Rider Clinic, which ran from the 5th to 8th April, 2015, was blessed with exquisite weather. Ulster hosted the Clinic this year, and Cavan Equestrian Centre provided the superb facilities and arenas for our aspiring young Athletes and their Coaches.

We at Mackey are so proud to sponsor this fantastic training clinic and are so inspired by the talent of Ireland’s up and coming riders. Paul McKenzie, Chairman National Training Committee, gives us a review of the few days:

The National Young Rider Clinic, Sponsored by Mackey Ireland, is a residential Clinic for Athletes who have won a Bursary through Regional Selection Day competition. The Twenty-one Young Riders represented the four Provinces and almost all 32 counties; and were selected by Ian Fearon on foot of the Regional Assessments held in March.

We were very lucky to secure some of Irelands best Coaches to put the Young Rider Athletes through their paces, including Ian Fearon, Gary Marshall & Tom Frayne who honed their jumping skills, Gisela Holstein, Anna Dangerfield & Johnny O’Connell refined and perfected the flatwork element. This year we had the services of Level 2 Coach, Laura Brown who conducted Stable Management with the Athletes. Laura was well prepared, with fabulous presentations and diagrams on her laptop.

The Clinic started with the arrival of all the Athletes and Coaches on Sunday evening at Cavan Equestrian Centre. The Athletes were welcomed and congratulated on winning their places at this year’s Bursary Clinic. Ian Fearon, Head Coach gave a brief talk to Athletes, encouraging them to participate fully in the Coaching sessions and to engage with their Coaches.

Stewart Clarke of Cavan Equestrian, had a “BAR 3” course of fences ready and waiting in the “Red Indoor Arena”. Ian Fearon completed a course walk with the Athletes before they rode their horses over the Course, which was built to test Athlete’s abilities. In true “Ian Fearon Style”, Ian gave a mini lesson during each round. The remaining team of Coaches retired to the Judges Box where they viewed the riders and planned for the days ahead. Each Athlete’s round was videoed by Martin McKenna. During Top-up clinic later in the year, it is hoped to video each athlete again, and Coaches will discuss with Athletes any differences/progress evident in playback.

We again had the services of Ann Hanley (MISCP) from Reform Physiotherapy and Pilates. Each Athlete had a private consultation with Ann during the day, and later in the evening Ann gave a general presentation and demonstration to everyone. Ann, whilst acknowledging the stress, injury and demands riding competitively puts on Athletes bodies, she stressed that posture, physical fitness and core strength were vitally important for longevity in the sport and that competitive edge.

Lunging is now part of the Mackey 5 BAR syllabus from BAR 3 upwards. Gisela Holstein and Ian Fearon took the opportunity to introduce the Lunging element of the syllabus with a practical demonstration: – setting up a Lunging Ring and showing how to correctly lunge a horse with hands-on participation of the Athletes and one of the horses. Good humoured heckling from the other Coaches made for a very enjoyable demonstration.

Rosalind Mackey, of Mackey Ireland visited the Clinic, and after a quick lunch got a tour of the centre to see first hand some of the training sessions. Mackey Ireland very kindly presented all the Athletes, Coaches and Regional Representatives with embroidered jackets to commemorate their time at the clinic. Rosalind this year brought a stand displaying some of the items manufactured for Mackey Ireland including bridles, stable rugs, travel rugs, cooler sheets, halters and boots for the horses, riding boots, Jodhpur boots and other footwear for the riders including some very attractive “Decks”. One of the Coaches, (who shall be nameless) took a particular shine to the brown “Decks”.

Hard work, long hours and youth are generally a recipe for “hunger”. However, the catering staff of Cavan Equestrian had this well under control, and excellent “fodder” was provided for all with a cheery greeting and quiet efficiency. When offered a Tuck-run during the evenings, the comment was usually “No thanks, we’re stuffed!” So Hearty congratulations to the Catering Staff for a job well done.

It is a measure of how focused our Young Riders were this year, that they were up at cock-crow every morning without any prompting, and worked hard during the clinic. They constantly pushed themselves and their horses to improve and hone their skills. It was very apparent this year, that even our youngest Athletes have a very professional approach to the Sport. The National Clinic is no longer viewed as a “holiday junket” but rather an opportunity to be grasped with both hands. Without exception they were an amazing bunch of young Athletes, and we were very proud of them all. Dedication and commitment were the order of the day.

We have again secured a number of Individual Bursaries, and Head Coach Ian Fearon will be liaising with fellow Coaches over the next few weeks with the view to awarding these Bursaries to some of the Athletes who attended the Clinic. We await the decision with bated breath.

Nothing in life stands still. Our Clinic has run for ten years in its current form. With this in mind, feedback forms were provided at the end of the clinic, and Athletes were tasked with analysing the clinic and possibly suggesting changes. We received some very enlightened, progressive and mature comments and considered analysis. My Committee and I were so impressed with their insights that we spoke to a number in depth about expanding the clinic or meeting with new challenges. Some inspired suggestions were made, and we shall be taking some of them on board, and at the very least they have given us plenty to think about.

Finally on a personal note, I would like to extend my thanks to all the parents who ferried the all Athletes to local and regional training during the year; to Selection Days and other events and made the long trip up to Cavan

And Lastly : to my fellow Committee Members – the Regional Representatives who took time out of their busy schedules to stay at the Clinic – to attend to and support all the Athletes in Cavan and indeed all the Athletes availing of our Mackey Five Bar Training Program throughout the year in their own regions. All our Regional Representatives give of their time for free. A lot of time and energy and (phone bills) is used arranging and organising training all over the country. They do so voluntarily and gladly for the love of the sport. 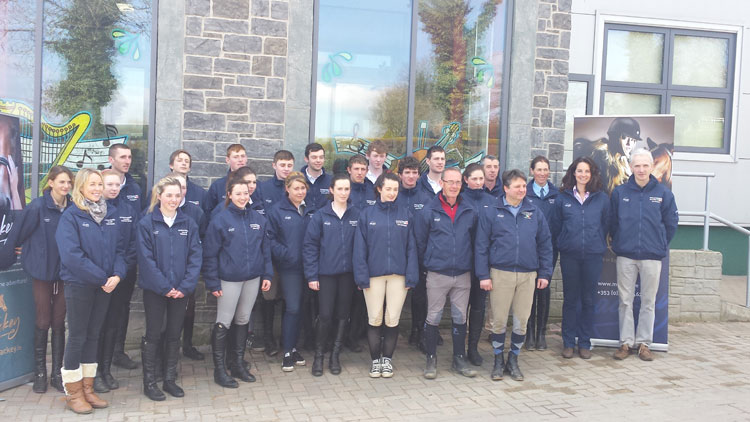 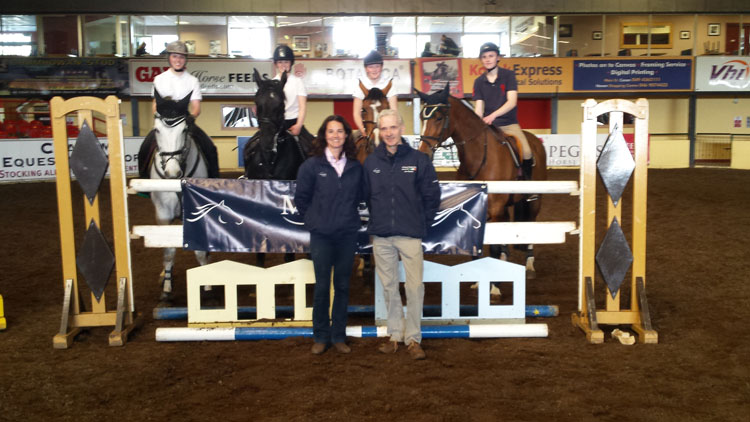