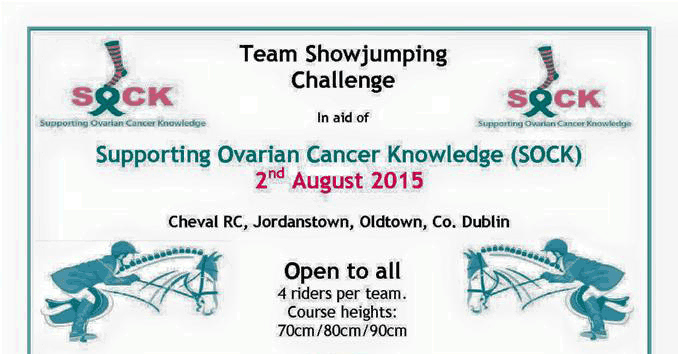 We are delighted to support the annual Team Show Jumping Challenge in aid of the charity Supporting Ovarian Cancer Knowledge (SOCK).

This brilliant event will be held on Sunday 2nd August in Cheval Riding Clubs Showgrounds. Last year the event raised over €4,500 and we hope even more will be raised this year. Not only is the day great fun and in aid of a fantastic cause, there will also be a selection of brilliant prizes, including a leading rider prize of a Mackey Keadeen outdoor rug!

SOCK was founded in 2010 by the late Jane Keating following her diagnosis with ovarian cancer at the young age of 28. SOCK it is a non-profit organisation and is dedicated to raising funds for research into and awareness of ovarian cancer.

SOCK’s first initiative was to develop an information leaflet which highlights the symptoms of ovarian cancer and promote awareness of this cancer. Their leaflet has been endorsed by Consultant Medical Oncologist Paula Calvert, (Waterford Regional Hospital & Whitfield Clinic). This awareness campaign to date has seen in excess of 150,000 information leaflets distributed across Ireland to promote awareness to the women of Ireland. The SOCK slogan is to Know your body, Know the symptoms – because the symptoms of ovarian cancer can be very vague and they often appear at a late stage. In 2015, SOCK in conjunction with OvaCare launched a new ovarian cancer information site www.ovarian-cancer.ie

In addition, the generosity of both sponsors and supporters has enabled SOCK to part fund a Research Co-Ordinator post in the Waterford Regional Hospital Cancer Clinical Trials Unit, contributing €20,000 to this WRH Unit. In addition in late 2014, SOCK provided €20,000 funding to Ovarian Cancer Research in Trinity / St James’s Hospital.

Everyone at Team Mackey wish competitors and organisers a fantastic day on the 2nd of August – may the sun shine and the funds come rolling in. 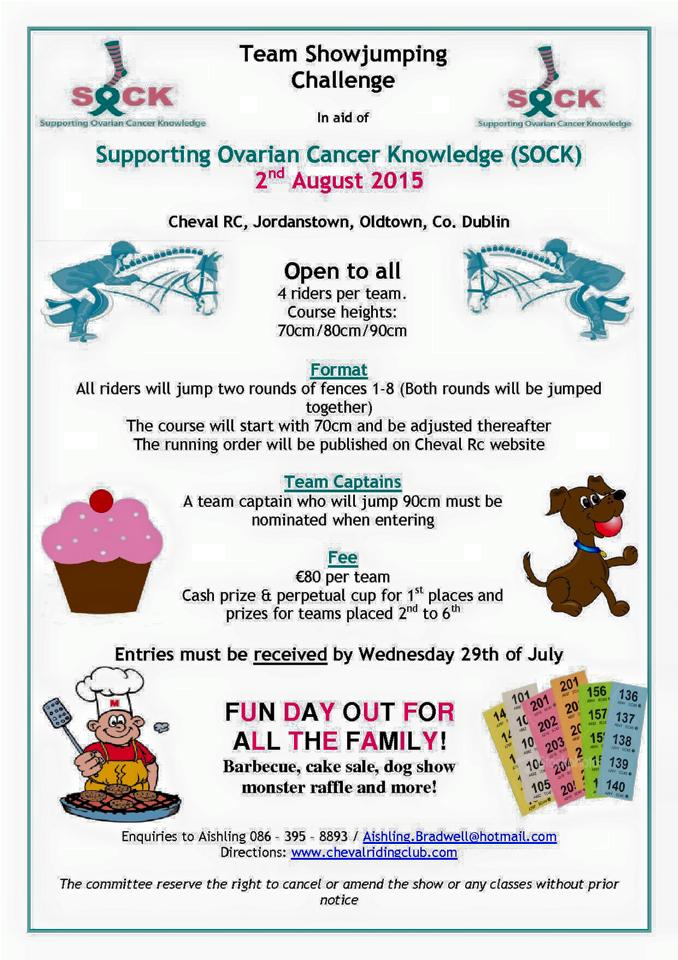